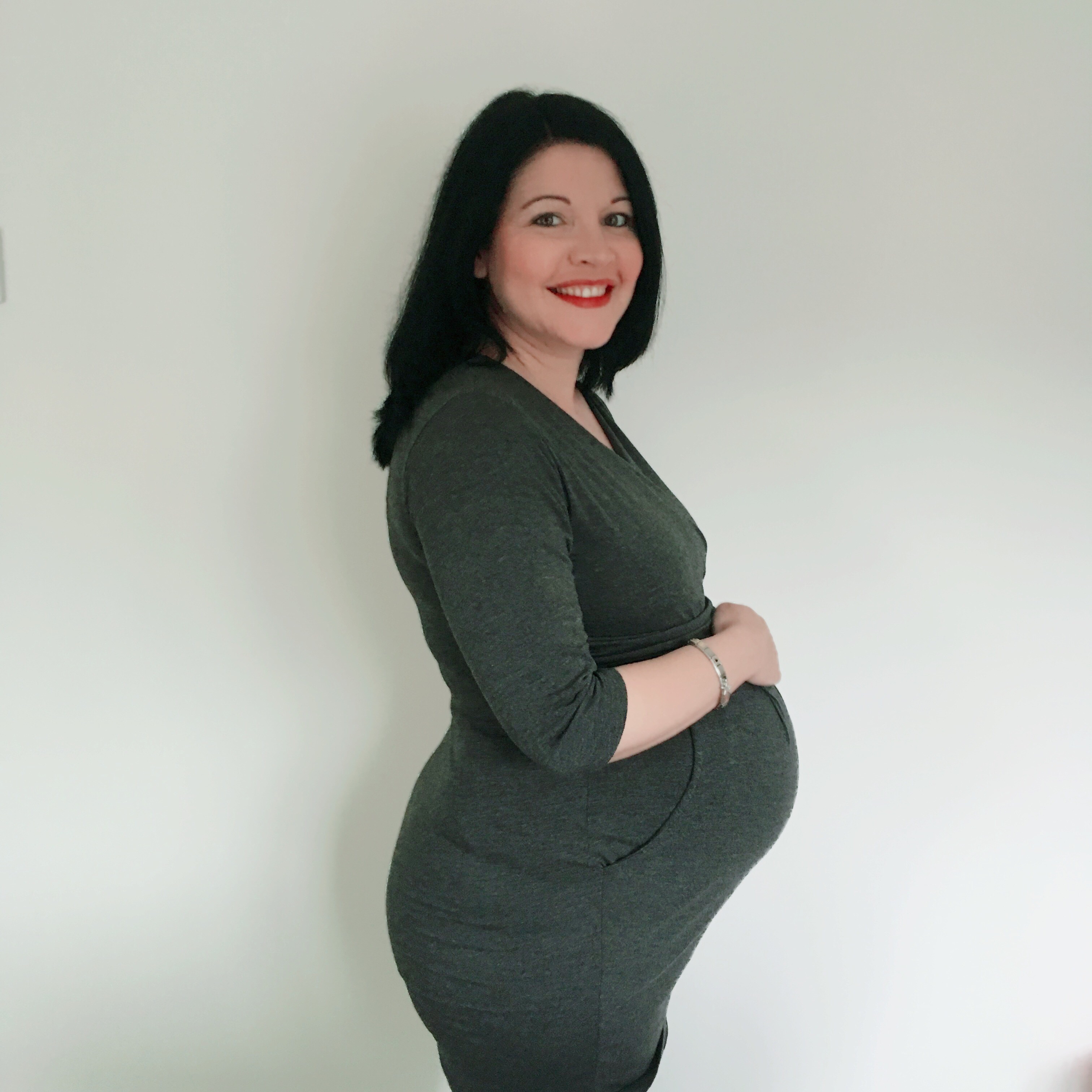 Only 7 weeks to go until we meet baby Twinkle, which somehow seems like no time at all and yet still seems like forever at the same time!

This week has been a much better week in terms of how I'm feeling, my back has felt really good most of the time and my itching has eased a lot, thank goodness. I have felt absolutely shattered though, a whole new level of tiredness!

Baby should be around the same size as a ferret this week but as we had a scan on Friday, just a routine growth to check how she is doing we have a slightly better idea of her size. They estimated her weight at around 4lb 14oz, which is a bit on the large side and gives an estimated birth weight of somewhere just below 9lb. So no growth problems to date! They also discovered she is breech (I think this might be the reason that my back isn't too bad, as her head isn't anywhere near my pelvis but could be causing my breathlessness as her head is pushing up towards my lungs instead) though this isn't too much of a concern at this point as there is plenty of time for her to turn. Another discovery was that I have a condition called polyhydramnios which is basically just excessive fluid around the baby. As a result of the polyhydramnios I had to have a Glucose Tolerance Test (GTT) yesterday as it can be a sign of gestational diabetes and also some blood tests to check for rare infections which are also a possible cause but fortunately the hospital called last night to say all my tests were clear. It is only very mild polyhydramnios (as I understand it they measure the depth of the largest fluid pools and the NHS normal range is 20-80mm and my measurement was 84mm) so I'm not really concerned and I had the same thing with Totsy with similar measurements and there was no underlying cause and everything was fine (it just meant my waters breaking was quite dramatic!)

We had a little play around with the double buggy the other day, checking how to fit a car seat and carrycot onto the frame, it was a bit surreal to think that we will soon be pushing an actual newborn baby around – I know, you would think by baby number seven I would get how this pregnancy thing works wouldn't you, but I always find it so hard to imagine the babies until I actually see them and then they are instantly just so familiar to me, like I've always known them.

Tinker and Totsy are still so excited about their baby sister, Tinker wants specifics about when exactly she is going to arrive and always has a kiss and a cuddle for my bump. Totsy is starting to talk about the baby without being prompted now which is really cute though she can be a bit too enthusiastic when poking my belly at times!

Don't forget to catch up with last week's 32 weeks pregnant update if you missed it.