Once your child starts school, you will immediately realise that there is a huge amount of admin that comes with having a school child. It is almost a full time job. Every day there will be a handful of letters requiring your attention some just for information, some with forms to fill in and there will be a never ending list of important events.

One very exciting event for your child is the school disco. I worried that Tinker would find it a bit much after a day at school but she insisted that she wanted to go and that all her friends were going so I dutifully remembered to send in money for a ticket (in a named envelope, obviously).

The day arrived, we remembered to pack clothes for changing into, a purse with money for snacks and the actual ticket amongst all the usual daily paraphernalia like reading books, water bottles, fruit for snack etc It felt strange not picking her up at the normal time for end of school, but I hoped she was having a nice time and it was soon time to get her at 4.45pm. She came out of school, trudging along with her school uniform half trailing out of her bag and ketchup smeared on her face. At first she seemed fine, she was smiling and telling me proudly that she had a hotdog. I should have known it was the calm before the storm.

Before we got back to the car she started bringing out the whiny voice, complaining that she was too tired to walk and moaned that I had parked so far away (even though I had actually managed to park much closer than normal). We then had a pointless debate about whether or not where I had parked was in fact closer than usual. When we were 20 steps away from the car she refused to move at all because she was TOO TIRED and it is TOO FAR AWAY. I just rolled my eyes to all the other mums who were looking on a bit sympathetically (albeit a bit smugly that their child was walking along fine) strapped the littlest in then manhandled the tired one into the car. She then refused to answer any of my questions about the disco, even though I really wanted to know every single detail. Even though it was only ten minutes since she had left, she apparently 'can't remember' anything at all about it.

When we got home, I congratulated myself for shoving a pasta bake in the oven before I left as it is Tinker's favourite and it was now  almost ready. However, she needed to  eat something RIGHT NOW as she was SO HUNGRY despite previously mentioned hotdog. I just gave her chocolate as it was clearly not the time for debate. I probably rolled my eyes a bit too.

When the pasta was ready Tinker asked for cheese on top. I pointed out that there was already cheese on it but she made it clear this was not enough. I added extra cheese. She then refused to eat any of the cheese, or any of the pasta that had touched the cheese. The littlest one was stuffing all the pasta into her mouth as fast as she could only to spit it all out as her mouth was too full. I left her to it, even when she started smearing pasta sauce all around her face and in her hair as she seemed happy even though her orange face made her look like an Oompa Lumpa. In an attempt to distract Tinker from her whining about lack of/too much cheese I asked her what she had for lunch at school. She replied she had pasta. Of course she did.

I decided an early bath and bed was the way forward. When I went upstairs to run a bath, I realised one of the big kids was in the shower. I waited FOREVER (or maybe it just felt like that with Tinker being in full on whinge mode, I don't know) and they eventually emerged. I started running the bath and went to get clothes and school bags ready for the next day, congratulating myself on how organised I was. I forgot I left the bath running and only remembered when the bubbles were about to overflow.

I got the littlest in the bath. She was very cute cuddling her plastic frog and she loves her bath so after a little play and a lot of giggles she was bathed and in her pyjamas. Tinker however was point blank refusing to get in the bath because suddenly Mr Totsy (who is still at work because it is bloody school open evening) is the only person in the world who can bath her (despite the fact that only mummy will do every other single night!) After negotiations that the UN would be proud of I eventually persuaded her to get in the bath, but then she refused to sit down because she doesn't want to wash off the pumpkin she had had painted on her arm at the disco. After I reminded her that I took a photo of it earlier just in case it washed off I managed to convince her that washing it off wasn't the end of the world. Once they were both ready for bed Totsy had her milk and I popped her into bed, thankful that there are never any bedtime dramas with her. Tinker then immediately insisted on going for a poo in the bathroom next to the littlest, even though there are two other toilets to choose from, and insisted on singing the alphabet song at the top of her voice. I just thanked my lucky stars that the littlest is an absolute angel when it comes to sleeping and praised Tinker's brilliant attempts at singing (though this might have been through slightly gritted teeth).

At this point Tinker now experienced a sudden burst of energy. She was totally unable to sit still to read her school book and had a silly answer for everything. She mainly wanted to play all the stupid plastic musical instruments she got free on a CBeebies magazine last week and expected me to join in. It was unfortunately not the most tuneful. I could feel a headache setting in. I eventually gave up on reading and got her upstairs to bed. She then picked her two bedtime stories obviously ensuring they were the longest stories in her whole book collection. I accidentally skipped a page but fortunately she was watching like a hawk and immediately pointed out my mistake. After the stories she tried to think of every excuse ever invented for not going to sleep. She also did her best Goldilocks impression, declaring her bedtime milk 'too hot', 'too cold' before finally 'just right'.

When I eventually manage to get her to settle and headed downstairs to tidy up school books, a plastic recorder (oh, sorry, did I accidentally put that in the bin?) and a mountain of other plastic crap, I was ready for a cup of tea. I started to doze off before the kettle even boiled and wondered if it might be easier to just have a glass of wine, even though it was a school night. I eventually decided that I wasn't really that thirsty anyway and didn't have a drink of anything, because I couldn't actually be arsed to get up off the sofa.

When Mr Totsy returned at 10pm he was very chatty about his day and how open evening had gone. He did ask how my day went but I just mumbled 'yeah it was ok' because I had pretty much lost the power of conversation and couldnt be bothered to relive it all.

I eventually dragged myself to bed and fell straight to sleep. Only to wake in the middle of the night in a panic because I had a dream that I had forgotten to send the form about parents evening back. 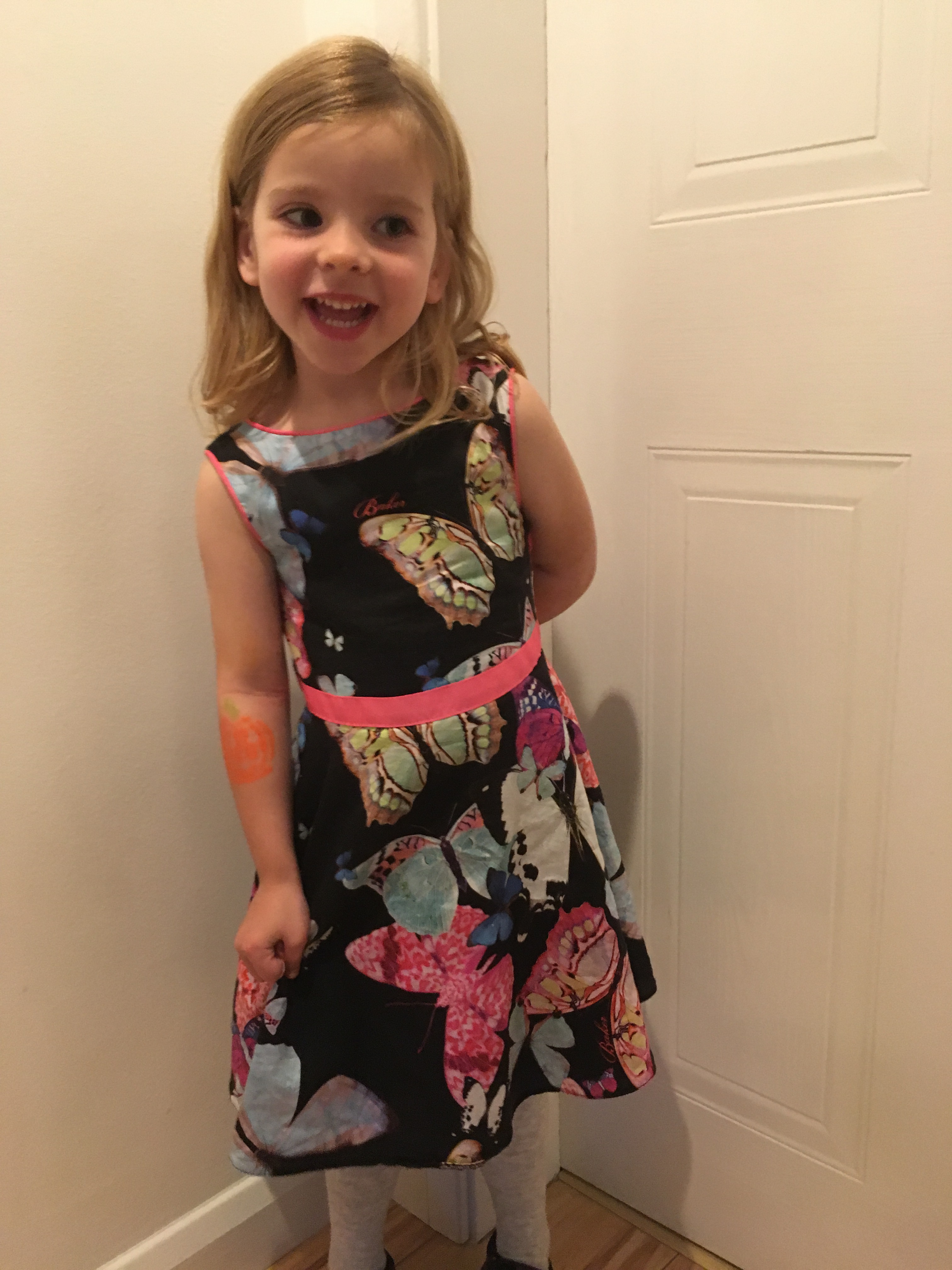